When I first heard of “Reverse Periodization”, I shrugged it off without giving it much thought. After specializing in the Theory and Methods of Sports Training for over 30 years, periodization principles are at the core and foundation of my profession, and ideas similar to “Reverse Periodization” are usually viewed as one more fad or twist on an existing idea, and are often more marketing hype than substance.  So when asked by several coaches whether they should consider this method next season, however, I felt compelled to give it a closer look and share my thoughts about it in this short article.

For starters, let us define what the reverse periodization concept represents. The idea first surfaced in distance-oriented sports, with a continuous maximum effort duration over several hours. The main idea behind this concept was to “reverse” the path and structure of typical training phases and start the season instead with a greater volume of high-intensity work at moderate overall training volume, followed by high-volume/race pace intensity effort as the main event draws nearer.  Considering the fact that race paces at long distance efforts are relatively low (below anaerobic threshold), the proponents of reverse periodization suggest that high-intensity training at “build” (“competitive” or “realization” phases of the season – the names may differ depending on accepted periodization concept) – is not effective.

The idea that “base” training sessions can be kept relatively short and fast, much shorter than is customary, appeal to many, especially to those who struggle to spend long hours in the pool or on the trainer in “pre-season” preparation. Another plus the proponents of Reverse Periodization are pointing out to – is that adding short, high-intensity efforts into that phase can make training more interesting and less boring.

On the other hand, it is an established fact that efforts of long duration (over an hour) require substantial development of aerobic energy mechanisms.  The “traditional” training approach for the development of this component accepted in the US suggests the need for high volume training at levels below Anaerobic Threshold  (~ 3 m Mol/L).  And since this level of intensity coincides with race pace at longer distances (such as triathlon or distance running), one could argue that doing more of these efforts closer to the event might be beneficial.

There are two major flaws in this approach for these proponents, both from endurance training principles and application of this theory to sports like swimming and rowing.

My background, training, and experience do not convince me that achieving elevated levels of power output through the inclusion of high-intensity training early in the season is a useful idea nor is it even possible given the absence of a proper aerobic base at that period.

The components of endurance performance in relation to individual lactate threshold are well summarized in research conducted by Svedenhag, 2000:

Dr. Allois Mader, the founder of the lactate training method, in his online blog, criticized the obsession of German (and later American) coaches and athletes with the IAT-steered method, calling it “misleading and damaging” in its current “conventional” interpretation.  And so the focus on training at a specific lactate level (around 3 mMol/L) exclusively, is not really as effective as it was originally promoted.

But since endurance performance is heavily dependent on VO2max and the ability to maintain maximum effort at a higher percentage of VO2max, the time necessary to improve these functions can be significant and requires a solid volume base.  That is one of the reasons why professional cyclists spend 2-3 months every year accumulating miles at relatively low intensity before racing season. Many would likely prefer to skip long hours in the saddle if more effective ways to achieve peak form were possible.

The power output/adaptation curve brings another element to consider. In sport, we compete in time (best result on a standard distance) and not in the level of development of different functions, which can be viewed as a secondary requirement.   Since the ability to maintain maximum speed is directly correlated with the amount of energy an athlete can produce, under ideal season construction, we need to achieve the ability to produce maximum energy output for a duration (distance) of our race by the time the main event is to occur. The shorter the distance, the higher the demand on maximum power output. Ultimately, power output is directly connected with speed and race pace, but the ability to achieve high levels of power output is not something we can maintain forever. This ability fluctuates and can be sustained for a relatively short period of time.

Periodization principles were born out of necessity to alternate training periods due to the phenomena of adaptation saturation and need to perform at peak ability throughout the calendar year.  In other words, once the adaptation is reached, no further improvement is possible unless we insert a recovery period and try to maximize adaptation again, which takes some time (new period).  If we try to boost maximum power too soon, we reduce the chance to reach maximum adaptation when we need it most.  And so, the idea of inserting high-intensity training early on in the season in an attempt to improve power output is not supported by our current knowledge of adaptation principles. It is simply not possible to perform at peak output for a prolonged period outside of the time necessary to achieve adaptation stabilization (which typically takes up to 3-4 weeks).

The reasons why Reverse Periodization received traction in swimming

It would appear that the appeal of reverse periodization ideas in swimming may be connected with the ideas relying on high-intensity short efforts such as USRPT and HIIT.  In a way, the reverse periodization concept justifies the application of USRPT methods in the early parts of the season – but is something we do not recommend under almost any circumstances (For my evaluation of USRPT method please read the article).

Conclusion: In summary, it is difficult to see any justification or possible advantages of reverse periodization.  It clearly is not a good idea to apply this way of thinking in sports like swimming or rowing due to the disruption of natural adaptation processes which lead to the maximization of power output.

For an objective look at reverse periodization, instead of relying on competing and sometimes opposite opinions, an unbiased study comparing different periodization strategies seems to be in order.  Super Sport Systems training design and planning tools allow running and comparing different quantifiable season constructions on specific criteria.  Such a study will remove the doubts and bring to light the effectiveness of different methods. I have always been open to this kind of experiment and challenge and still hope that one day these studies and their outcome will become a norm in coaches’ discussions. 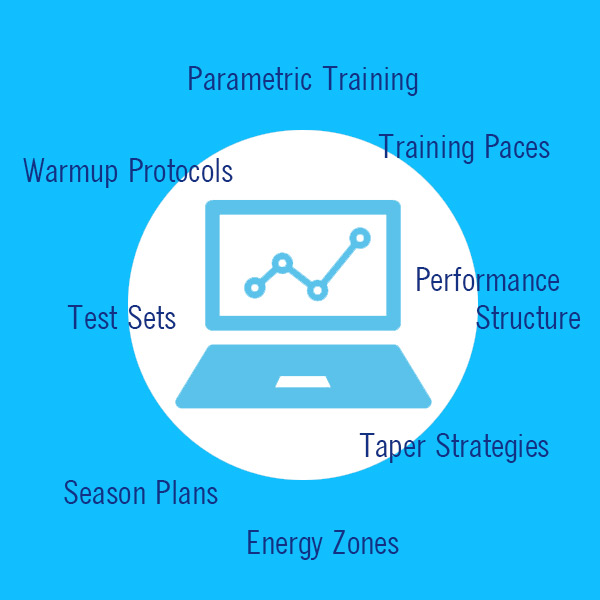